Twelve managers who could replace Mark Warburton at Rangers

"But if we get rid of Warbs, who do we replace him with?" Aye, well here's twelve possibilities, smartarse.

Share All sharing options for: Twelve managers who could replace Mark Warburton at Rangers

The local option (or the 'actually, second is second, which is ok' option)

Perhaps the most obvious choice, although certainly not the most adventurous. Deek would almost certainly guide us to second place, but he's definitely hit a ceiling at Aberdeen, and it's uncertain as to whether its construction is of his club's finances and stature or his own ability. A solid if unspectacular style, a decent big-game record and a poor record of youth development mean that stylistically, he's not the best fit. But he'd be cheap, he'd be up for it, he'd destabilise a rival and he's probably a very safe pair of hands.

Pound for pound arguably the best of the standard SPFL managers, Wright has done a fine job at St Johnstone. How well that prepares him for the Rangers dugout, however, is highly debatable. He's built his reputation on disciplined counter-attacking in big games, and while that's useful, you'll need more than that up your sleeve to be a success at Ibrox.

Well, yes, we could simply appoint our assistant manager. We probably all thought he'd be the next one in when Mark Warburton went off to the dream job at Spurs or England, but now that scenario's about as likely to happen as us ever changing our formation, the same can probably be said of Weir taking the helm. He might stay at the club, who knows, but it's almost certainly not going to be due to a promotion.

Get all the latest Rangers news

The first of the three guaranteed to cause much consternation from anyone who has '1690' in their Twitter account, it would be more than diversity quotas that would land O'Neill the job. He's worked wonders with Northern Ireland, undoubtedly knows how to get the best out of players, and knows how to win games. As for whether he'd be up to the task of rebuilding our squad, it's anyone's guess. His stock is high right now, but whether he's the type of manager we need is up for question.

The guy at Dundalk. Probably enough said there - worked miracles with the diddiest of teams in the diddiest of leagues. If that can translate to a far bigger club in a slightly less diddy league, he's possibly the best pound-for-pound option out there.

Well, Aston Villa was a disaster, but Di Matteo does still have some considerable highlights on his CV. Perhaps the fact that the two times he was tasked to be in charge of a team intending to challenge at the top of the league ended in failure will weigh against him, and the fact that his star is very much in the decline. But he does play decent football, is quite good with youngsters, and would be at about our level. 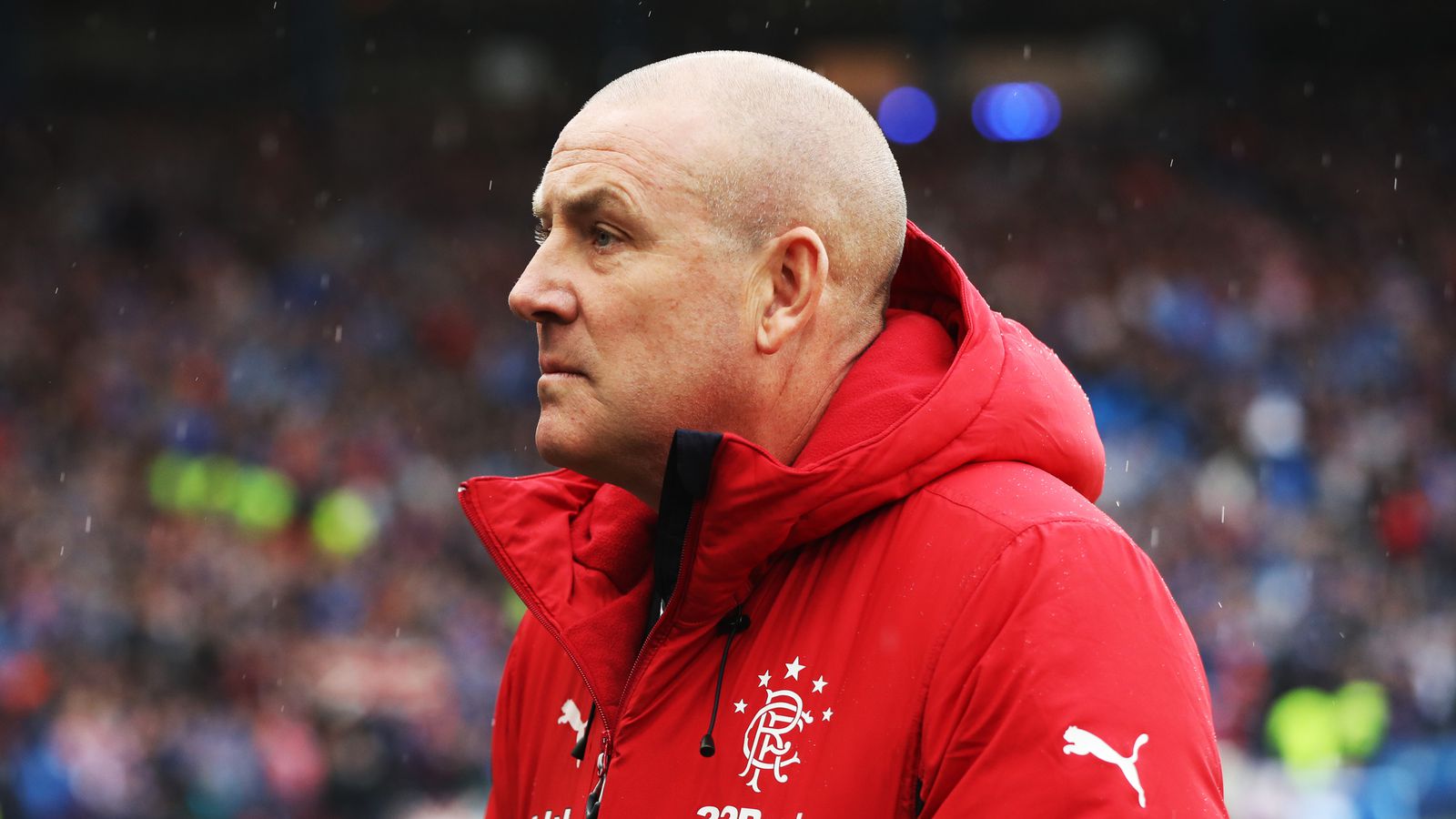 We've been clinging onto hope, positives, and promises for months. Tonight at Tynecastle, we ran out of things to hang on to. It's time to say goodbye.

The former manager option (or the 'please, god, no, I didn't even like my childhood the first time around' option)

We apologise for the hi-res photo of Eck, with his head like Darth Vader with his helmet removed. Anyway, yes. Well, he'd probably sort our defence out, although he wasn't great in either of his last two jobs. Returning to Scotland might be easier for him, of course, and he might be seen as the ultimate safe pair of hands, but how likely would we be to really progress under him? Not for us.

No gonnae happen pal, get over it.

Get all the latest Rangers news

When we say 'exotic', you might picture some louche, Armani-suited Portuguese silver fox, but we're really picturing an inflated five year old boy in a George suit. Might be a task to tempt him away from a very solid Belgian outfit competing reasonably well in Europe, but Vanhaezebrouck has two big things going for him. Firstly, he's done an excellent job in his managerial career and worked wonders both domestically and in Europe on a tight budget. Secondly, he rivals Coisty for amusing photographs.

The English Championship option again might not be the most exotic, but Wagner is German-American, has a sort of staunch name if you look at it from the right angle, and is doing a great job where he is. Again, probably going to be quite difficult to tempt him away, though. A good option if we could get it, but a long shot.

Yes, Frank de Boer arguably wasn't that great at Ajax, winning a league in which the competition is sporadic and inconsistent and failing to make an impression in Europe, and he failed badly at Inter. But it's fuckin Frank de fuckin Boer. If he's interested, go for it.

He's available, he's made plenty of shock moves in his career, and he might well be tempted by the wide-ranging powers, opportunities for trophies, and size of club that Rangers can offer. It would be glorious.